How not to alienate yourself and others

Volumes have been written on the psychology of influence, relationships, human interactions, social intelligence or how to make others like you or how to persuade others to do what you want them to do and the likes. It’s beyond the capacity of this article to discuss everything so I would keep it short to few tips that readily come to my mind. 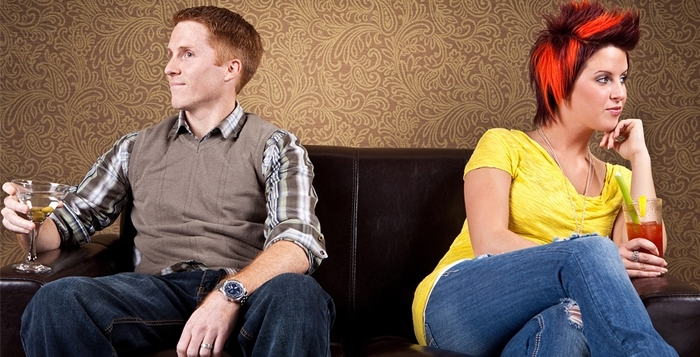 It would undoubtedly put a person in a defensive position and would make him justify for his own deeds or actions; it breeds resentments in some people and nullifies the purpose of what criticism was intended for in the first place i.e. correcting the unwanted behavior.

On the contrary, constructive criticism or positive feedback can be helpful and efficiently carried out when you don’t want to see the repeat of a particular behavior from the same person; in this case, you don’t judge a person’s character or stereotype him with a specific negative trait, you rather judge his action e.g. instead of saying you are always lazy and late, explain, clarify and communicate the consequences his particular action brought. Majority of the time people wouldn’t even criticize their own behavior or actions, even the worst criminal would justify his own wrong deeds in a court of law or in front of a jury. In other words, distinguish a person from his deeds.

“A great man shows his greatness by the way he treats little men” – Charlyle.

Do not admonish, condemn or judge others too harshly for we may make similar mistakes under similar circumstances. It’s much easier to say unkind or negative things about others and much more difficult to treat people with kindness or reward their appropriate behavior sincerely. Someone aptly said that even our Creator has postponed the judgment day until we die and return to him so let’s not rush into judging or labeling others unfairly in case you be judged harshly in the hereafter.

You will hardly find any person who doesn’t like a sincere compliment. Sincere appreciation and encouragement motivate people and make them work harder and more creatively.

“An animal rewarded for good behavior will learn much more rapidly and retain what it learns far more effectively than an animal punished for bad behavior” – B. F. Skinner.

Most of the misunderstandings that occur between individuals are a direct result of not looking at the same issue at hand from other’s point of view. We all are unique in the sense that we all have had different family or cultural background, diverse set of experiences and educations for which we may not always see things the way our partner, colleague or friends would want us to see.

Best practice would be to listen intently and empathically to become genuinely interested in others instead of interpreting them quickly in our minds or keeping our head busy preparing a reply to whatever they just said. Listening is a skill that can be relearned with practice. A patient doesn’t have much confidence in a doctor who doesn’t listen to the whole history of an ailment before diagnosing and prescribing. In the west a majority of the lawsuits against doctors result from not listening to their patients.

“If there is only one secret of success, it lies in the ability to get the other person’s point of view and see things from that person’s angle as well as from your own” – Henry Ford.

Keep the promises you make to others. It starts with making and keeping small promises to ourselves. A person with integrity and character is universally trusted. Refrain from making promises you will never be able to keep.

Character is the foundation of everything. Honesty, sincerity, assuming best of others, maturity, thinking optimistically about others are all part of a good character. Our character is constantly communicating and radiating about who we truly are and it does this by the way we live our life, the way we treat others – particularly our subordinates – our actual conduct based on conscience, values, ethics and morality.

Akram holds multiple Master's degress and loves to write. He has been a professional writer since 2010. He regularly writes for personalitytweaks.com and several other blogs.